Wherever you are in your product development lifecycle,
Sterling can help.

What’s the Difference Between a Class I and Class II Medical Device? 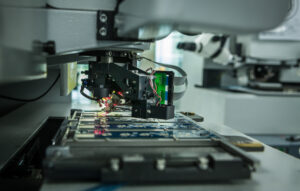 One of the most common questions when it comes to medical device regulation is, “What is the difference between a Class I and Class II medical device?” Today, we will explore the topic in more detail.

Classification is generally established based on its intended use (its general purpose or function) and indications for use (the disease or condition it is designed to diagnose, treat, prevent, cure or mitigate). The FDA has established classifications for approximately 1,700 different generic types of devices which are grouped into 16 medical specialties.

The three classes are:

As we delve into the difference between a Class I and Class II medical device, we will answer some commonly asked questions.

What’s the Difference Between a Class I and Class II Medical Device?

1. What is Considered a Class I Medical Device?

Class I medical devices are subject to the FDA’s general controls and “are sufficient to provide reasonable assurance of the safety and effectiveness of the device.” Class I devices have a low impact on patients’ overall health and do not come into contact with their organs, the central nervous system or the cardiovascular system. These devices are subject to the fewest regulatory requirements.

2. What is a Class I Exempt Medical Device?

While there are many foundational differences between a Class I and Class II medical device, both may be eligible for a 510(k) exemption. These devices may be sold in the U.S. once the manufacturer registers and lists them with the FDA and complies with the applicable requirements in Title 21 of the CFR. Some exempt devices are also exempt from the Quality System Regulation (GMP), with the exception of Records (§820.180) and Complaints (§820.198).

3. What is a Class II Medical Device?

The main difference between a Class I and Class II medical device is its risk level. Class II devices are intermediate-risk devices for which general controls are not sufficient to ensure safety and effectiveness. These devices must meet general controls as well as special controls, if applicable, which include:

A Class II medical device, simply put, is a device that poses a greater risk to patients than a Class I. One of the most notable differences between a Class I and Class II medical device is the issue of premarket notification. Most Class II devices require a 510(k), demonstrating that their device is Substantially Equivalent (SE) to one or more predicate devices previously cleared by the FDA. Examples include endosseous implants, OTC blood glucose monitoring systems and scalp cooling systems.

For many Class II devices, the FDA has identified product code-specific guidance documents and Recognized Consensus Standards as part of their special controls. These types of FDA guidance and standards are also referred to as “vertical” because they pertain to a specific type of device, such as a dental implant, as opposed to a general device characteristic, like sterilization, according to the FDA’s Recognized Consensus Standards.

What is the difference between a Class I and Class II medical device? In essence, it comes down to the level of risk and the degree to which the device comes into contact with the patient. Class I devices present minimal harm to the patient and are generally simple in design. Class II devices, while typically non-invasive, pose a higher degree of risk and must offer a higher level of assurance that it will not cause injury or harm.

Stay tuned. Next month, we’ll delve into Class III devices—the most complex and cutting-edge of the medical devices on the market.

If you want to learn more about the differences between Class I and Class II medical devices, call us at 201-227-7569 or contact us here.

The global COVID-19 pandemic, and the subsequent public health emergency it created, changed much about our everyday lives, and the medical device industry is no exception. To respond quickly to...
Read More >
View More Blogs

Sterling Medical Devices designed and developed a Class III pain medication delivery system for patients with spinal injuries. The system is comprised of three devices: an implantable pump, a handheld Clinician Programmer, and a handheld Patient Therapy Controller. The pump is surgically implanted into the patient, and the two handheld devices each communicate with the pump when held within close proximity of it....
Read More >
View More Case Studies